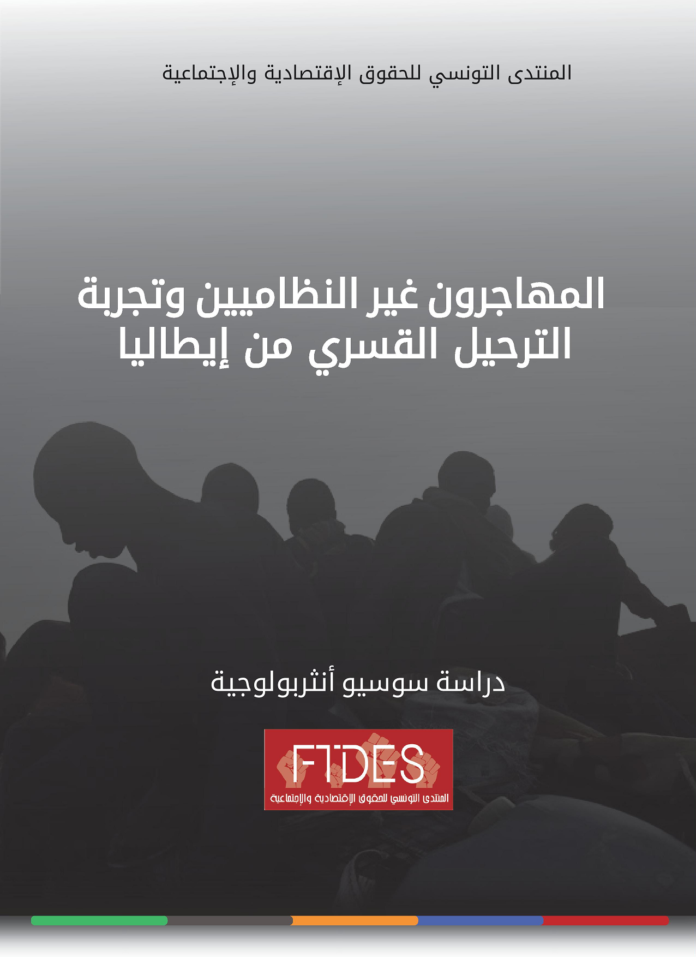 This research is part of the research topics of the Tunisian Forum for Economic and Social rights regarding immigration in general and specifically illegal immigration, a phenomenon in tremendous growth among youth. Many reasons push Tunisian Youth to immigrate illegally to pursue happiness. Economic reasons coupled with personal and psychological reasons drive youth to opt for such decisions. However, the punishment approach adopted by the national authorities and the authorities at the European Union seeks to repress such phenomenons. Such This approach has made illegal immigration a series of material obstacles and symbolic impediments that need to be overcame by youth. Deportation is one of the punishment instruments  tools used by the European Union for years as a way to limit the immigration movement from the South Mediterranean countries to Europe. In this context, this qualitative research was carried out in Sfax, Kelibia, Redeyef, and Tunis. Thirty interviews with youth aged between 20 and 30 were conducted in an attempt to perceive the phenomenon of illegal immigration as a social and personal experience and its reasons as explained by youth themselves who expressed their views, a view that is neglected by Tunisian public political authorities and media. However, this research focuses mainly on deportation from the Italian territories as perceived by deported youth themselves, an experience that they deem tough as it reflects their failure to fulfill their personal dreams. The deportation experience sounds like a story they recite and that adds value to their personality, as they were actually people with no story to tell. The deportation experience influences the deported psychologically and economically, namely, those who have lived longer periods in Europe and who feel that they were forcibly expelled from a place they are familiar with pushing them to isolation, stress and permanent depression. At the economic level, the deported person lives in miserable economic conditions, they are unable to integrate economically, driving them to rethink about immigrating again. Thus, deportation is a security measure and a political approach that is transferred from an instrument of punishment into an incentive factor driving youth to rethink about immigrating again. Deportation has, as a consequence, adverse impacts and a new approach to illegal immigration shall be adopted between Tunisia and the European Union.