Your Excellency, Ambassador of Spain in Tunisia,

For months now, the process of detaining hundreds of Tunisian irregular migrants in the “Melilla” area, in humiliating conditions that are affecting their human dignity, has been continuing. Among these migrants, there are women and minors who are not benefiting from any special treatment in accordance with the Human Rights’ international standard.

Besides, several migrants held at the Ceti Melilla Center confirmed that their passports have been confiscated, and that they are lacking legal accompaniment and are having translation difficulties which made them unable to recognize or to enjoy their rights.

The Tunisian Forum for Economic and Social Rights fears that frustration and psychological pressure will lead to desperate solutions and protests that could endanger the migrants’ lives. It also expresses in this letter its deep concern about this inhuman situation and hopes that you will work to find a solution that preserves the dignity of migrants and responds to their expectations.

The Spanish constitution states in Article 10 that the legal rules related to fundamental rights and freedoms recognized by the constitution are based on the Universal Declaration of Human Rights and in accordance with international treaties and agreements related to the same substance that Spain has ratified.

Meanwhile, Article 12 of the International Covenant on Civil and Political Rights states that “Everyone lawfully within the territory of a State shall, within that territory, have the right to liberty of movement and freedom to choose his residence.” And that “Everyone shall be free to leave any country, including his own..”

At last, the declaration of the European summit held in Belkin (Belgium) in 2011 confirmed that “the only borders set by the European Union are the borders of democracy and human rights.”

The Tunisian Forum for Economic and Social Rights hopes that the democratic Spain, the cosmopolitan Spain, the state of Spain that has always defended universal rights, will succeed in dealing with this humanitarian crisis. 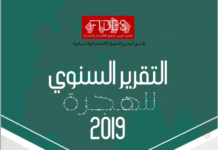 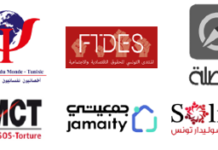 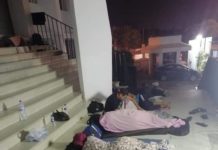