A study on the tightening of the Schengen visa policy, its consequences and its victims

The visa, by definition, is a limitation to freedom of movement. It is the authorization issued to a foreigner to enter a territory. While the Schengen agreement of 1985, with its abolition of border controls simplified life within the Schengen zone, obtaining the visa to enter this zone has become increasingly difficult. In practice, the internal opening of borders was accompanied by an external tightening of controls and increasing restrictions. Furthermore, an increase in price for the Schengen visa, driven by economic profit rather than necessity, essentially makes it impossible for lower economic classes to obtain approval to travel to Europe. In light of these developments, it was not long until the term “Fortress Europe” was coined.

That the Schengen visa has become a tool to restrict rather than manage migration towards the EU, becomes clear when looking at the highly selective visa requirements. The required supporting documents, an applicant is required to submit (bank statements, proof of employment, social security), are intended to assess the socio-professional situation, and have a discriminatory effect on the unemployed and poor who are likely unable to get hold of these documents. Furthermore, countries are ranked in terms of “migration risk” of their inhabitants, meaning, whether a migrant is likely to stay after their visa ends. What this article argues, is that recently visa refusals have not only been targeting the poor and unemployed, but are now targeting all social categories in the case that their country is considered having a high “migration risk”. A second point this study is casting a light on is whether the tightening of Europe’s borders via visa regulations has in fact encouraged irregular migrants’ increasing attempts to cross the Mediterranean. A link that remains difficult to prove quantitatively, due to the ambiguity and non-transparency of EU migration policies.

Thousands of Tunisians as well as non-Tunisians residing in the country have paid the price for the tightening of Schengen visa policies. This study intends to give them a chance to voice their concerns and gather their testimonies in order to shed light on the individual sufferings and exploitations they experienced during the visa application procedure.

In total, 31 rejected visa applicants were interviewed, 24 Tunisians and 7 foreign nationals residing in Tunisia from Libya, Gabon, Cameroon, and the Central African Republic. The majority applied for tourist visas, while a minority applied for student/internship visas, business or family visits. Regarding their socio-professional situation, half of the subjects were students while the  other half was made up of employees in the private or non-profit sector, entrepreneurs, one teacher and a housewife.

Visa fees, which were already high, were recently increased by a third (to 80€). In addition, most European states have of late opted to use private operators to manage the visa applications, which charge a service fee as well as “optional services”. These prices generally do not take local purchasing power into account, neither are they justified by actual administration costs.

Said private operators are part of the visa externalization scheme that began in the early 2000s. Presented as a solution to cope with the increasing number of visa applicants, what in fact happened was that now visa applicants were surrendered into the exploitative and under-regulated hands of private operators. Since 2019, EU states are no longer required to maintain direct access to visa applications at consulates if a private operator has been mandated to manage applications on its behalf. This deprives applicants of a dialogue with consular officials, to explain their situations in case of ambiguities.

The majority of interviewed subjects consider the visa fees “excessive” and “unfair”, since it is not refunded in the event of refusal. It is perceived as a “scam” and applicants feel exploited and powerless. Regarding optional services of private operators (ranging from photocopies, text message notification to travel insurance), it turns out that many applicants felt pressured into these out of fear of refusal. The most problematic of services is likely the so-called “premium service”, entailing access to an “especially available agent to handle the application”. Clearly, this is a case of discrimination based on applicants’ economic situation. Until now, the Schengen States have not exercised their right to control and limit these abuses.

Annually, the European Commission publishes statistics on the granting of Schengen visas. In 2018, for instance, 9.6% of applications resulted in refusal. However, refusal rates vary greatly between countries: Namibia, for example, has a refusal rate of 1,8%, while Nigeria’s refusal rate lies at 49.8%. Tunisia’s rate is at 18,2%. Furthermore, these numbers vary between different EU consulates.

Rejected applicants’ frustration mainly results from their incomprehension of the reasons presented in the refusal orders. This order entails a standardized form with a number of boxes that are then ticked by the responsible officials. The reasons for refusal are therefore better known by the numbers of the corresponding boxes. By far the most frequent are reasons 3, 8 and 9. For all interviewees the refusal was justified by either one of these reasons. They entail the following:

Number 3: “the file lacks proof or sufficient means of subsistence, for the duration of the intended stay”

Number 8: “information submitted regarding the justification for the purpose and conditions of the intended stay was not reliable”

Number 9: “the intention to leave the territory of the member states before the expiry of the visa could not be ascertained”

Most applicants had problems comprehending these reasons. Partly because, in the case that an applicant applies for a Schengen visa to Germany, the refusal order is in German. When applicants requested a translation their request was denied. Even when understood, the reasons rarely convince rejected applicants. Out of 31 interviewees only 3 were convinced. Applicants suspect that these reasons are made sufficiently vague in order to give authorities more freedom in deciding whether or not to grant a visa. In fact, the rejected applicant does not have the right to know exactly what is missing in their file or what they should have avoided.

Reason 9, and to a lesser extent 3 and 8, are related to the “migration risk” of applicants. They are used to assess whether a person who wishes to enter the Schengen area intends to leave it at the end of the period. This points towards EU migration policy increasingly becoming a tool of restriction rather than migration management.

Most rejected applicants feel humiliated after spending significant amounts of time and money on their applications. Interviewees state that they cannot understand having been rejected with reason 9, since they are in socially and economically secure situations in Tunisia and have no intentions of emigrating. The refusal is often unexpected, since most of the interviewees’ files were complete, and applicants feel treated unfairly. One of the interviews stated that they consider this refusal a manifestation of their “inferiority” as compared to EU citizens. Citizens of the Global South therefore do not only pay material fees, but additionally an “emotional tax”, contributing to an inferiority complex. The visa refusal often has lasting consequences, depriving applicants of job opportunities, education and human connection. Furthermore, once refused, a second or third refusal seems to become more likely, as is suggested by the experience of several interviewees.

While every rejected applicant has the right to appeal, many consider it an ineffective strategy, while others fear that it would further reduce their chances of obtaining a visa by being “blacklisted”. The lack of information and transparency regarding this procedure was unsettling to the majority of interviewees.

When asked whether having ever considered irregular migration to Europe, it is unsurprising that only the subjects who were previously in precarious economic situations answered positively. Generally, it is the poor that migrate via the Mediterranean in anticipation of being refused for a Schengen visa. However, when asked whether they consider there to be a link between the tightening of visa regulations and the increase in irregular migration, many subjects stated that they could understand if the frustration and refusal may encourage some to take the plunge. Furthermore, they consider the amount of money spent on the application, including flights and pre-booked accommodation, to be nearly equal to the amount necessary for crossing over irregularly.

While rejected applicants’ anger is mainly directed at the Schengen states, many too resent their own states for the refusal. They consider their states to bear a share of the responsibility for the situation and describe Tunisia, Libya and other African states as accomplices and co-creators of the discriminatory migration policies. For instance, one Libyan national blamed their country’s political instability for his visa refusal. The outrage is further fueled by the fact that while Tunisians need a visa to enter Europe, Europeans need no further authorization to enter Tunisia. They consider this fact to be a left-over of colonization, in which the colonizer reaps all the benefits while the colonized is robbed of their opportunity.

Several interviewees expressed their support of free borders. Restrictions are generally renounced, whether on the side of the EU or Tunisia. One of the interviewees emphasizes that “borders suffocate”, while certainly to very different degrees.

Travel should be a simple exercise of freedom to move in and out of state borders. However, with increasing regulations this right has turned into a privilege, and now only applies to citizens of the Global North, as well as the educated and financially well-off citizens of the Global South. Refusals seem to have increased significantly in recent years and stays, in the majority of cases, unjustified and arbitrary and are therefore perceived as unfair. Several institutions of the European Union have recognized this failure and promised new regulations entailing more detail regarding the refusal orders. The testimonies collected by this study show that the tightening of visa policies and the increase in refusals, certainly regarding Tunisia, is applicants newest reality. The analysis of applicants’ refusal orders illustrates that EU migration policies are increasingly driven by the concern to combat irregular migration rather than managing the influx of migrants. While a direct link between tighter policies and increasing irregular migration cannot be demonstrated quantitatively, the collected testimonies nonetheless highlight how migrants’ disillusionment with the EU’s seeming indifference to their fates might lead them to risk their lives in an attempt to cross the Mediterranean. 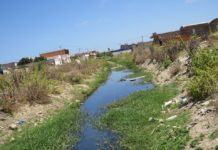 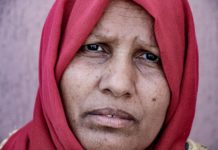 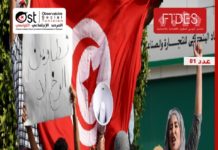 SOCIOLOGY OF THE “MARGIN” AMID THE CORONA VIRUS