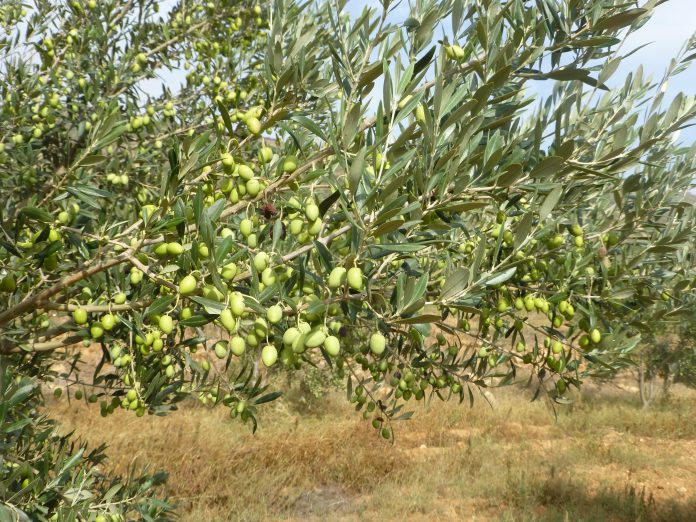 You will find a link to download the PDF version of this note at the bottom of the page.

A deep and comprehensive free trade agreement (DCFTA) is currently being negotiated between Tunisia and the European Union (EU). It aims to increase trade between Tunisia and the EU, and is said to be better adapted to the democratic transition and economic reconstruction of Tunisia. However, it seems such an agreement would only deepen the trade openness approach begun with the Association Agreement (AA). Negotiated with the Ben Ali dictatorship, it had been criticized by both trade unions and employers at the time[1]. The negotiation of a new deep and comprehensive agreement may represent an opportunity for some sectors, but this policy note highlights its risks, calls for a prior assessment of the AA and an independent impact assessment of the DCFTA, and makes recommendations for an agreement consistent with the Sustainable Development Goals (SDGs).

Seven years after the revolution, social protest is rising, especially in the most vulnerable regions inside Tunisia[2]. Following the Arab revolutions, the EU expressed its will to adapt its policy to the new southern Mediterranean contexts and challenges. The new European Neighbourhood Policy (ENP), unveiled in 2015, claims to offer a tailor-made partnership to each partner, adapted to its willingness to engage with the EU and on the path of democratic transition. According to the “more for more” principle, the partnership with the EU can be strengthened as reforms are put in place. A central tool of this new ENP: the DCFTAs, proposed to Morocco and Tunisia in the first place. They aim to liberalize new sectors (agriculture, services, investment, public procurement), but also to deepen trade by eliminating “non-tariff barriers” to trade and by organizing regulatory cooperation. However, what the EU presents as an offer adapted to the new regional context is only the continuation of the approach already used in the 1990s Association Agreements (AA).  Besides, DCFTAs are standard agreements and belong to the so-called “WTO+[3]” model the EU aims to impose. It has notably signed such an agreement with Canada (CETA) and is in negotiations with countries of all continents. It is therefore inappropriate to consider it about a tailor-made partnership for Tunisia.

An extension of the Association Agreement

Some of the potential impacts of the DCFTA on the socio-economic situation in Tunisia can be assessed in the light of the expectations and achievements of the EU-Tunisia AA. Concluded in 1995, the latter aimed, according to its promoters, to open the European market to Tunisian industrial products, to increase economic growth, to allow Tunisia to take a better place in globalized value chains, to attract more foreign direct investment (FDI) and to reduce external debt[4]. Despite the absence of a thorough evaluation[5], signs are already clear: since 1995, FDIs have been concentrated in coastal regions, mostly in exporting companies operating offshore (thus not contributing to the country’s public finances), the trade balance has been deteriorating[6], the Tunisian economy is locked into low added-value production, and unemployment among young graduates is exploding[7]. Outcomes are far from what was expected.

The liberalisation of agriculture could allow certain Tunisian products to increase their exports, in particular olive oil and dates[11]. Thus the DCFTA would stimulate employment in the production of fruit and vegetables or vegetable oils, but most of these jobs would be unskilled and temporary[12]. Moreover, many export quotas are currently not fulfilled, as in the case of oranges. Thus, for citrus fruits, a larger opening does not seem beneficial[13].

On the contrary, the opening of the Tunisian market risks increasing the vulnerability of the agricultural sector to European exports, which are more productive and subsidized by the Common Agricultural Policy (CAP). For instance, Spain is the world’s leading exporter of citrus fruits and its products could eventually enter Tunisia freely. Moreover, some key sectors such as cereals or livestock could suffer net losses in production volumes, added value and employment[14]. Tunisia thus risks deepening an agro-export orientation model, already encouraged by the investment of major European companies in the sector, losing jobs in agriculture and becoming more dependent on foreign markets for its basic food needs.

In the Tunisian services sector (60% of GDP and 50% of total employment[15]), sub-sectors of information and communication technologies, financial services and transport are the most dynamic, but also the most protected[16]. These sectors are likely to be the most affected by European competition. A study commissioned by the European Commission and published in May 2013 indicates that Tunisia’s services sector should see a drop in exports and an increase in imports as a result of the DCFTA[17].

Services will also be liberalized via negative lists. The principle is simple: all services are opened up to the competition of companies of the other contracting party, with the exception of the regulations and sectors explicitly listed in the annex – in contrast to the positive lists used in the WTO, which limit liberalisation to explicitly listed services. Services, including public services, which are not properly listed would therefore be subject to European competition.

Moreover, lack of freedom of movement undermine Tunisian opportunities. Tunisian service providers need visas and work permits to access the EU, unlike their European competitors who can come and go without visas. Thus since the beginning of the negotiations, Tunisia has been asking for an agreement on workers mobility, linked to the DCFTA[18].

Investment protection measures could pose economic, social and democratic problems. The text proposed by the EU explicitly prohibits the Tunisian government from demanding conditions of recruitment of national staff, or skills and technologies transfers, when they could be very useful tools to upgrade the Tunisian economy[19].

On the other hand, an agreement on investor-state dispute settlement is to be negotiated[20]. It will probably be separate from the trade agreement, given the recent European Commission’s decision to distinguish these two matters[21]. As in the case of the treaties between the EU and Canada (CETA[22]) or the United States (TTIP[23]), such a measure undermines democratic control and due process of law. Indeed, the arbitration clause would effectively allow foreign investors to attack the Tunisian government for “indirect expropriation” in special private courts. They could therefore demand compensation for the fact that the Tunisian government has legislated on the protection of workers, health or the environment, for example[24]. This provision has already cost hundreds of millions of dollars to states that have tried to regulate the economy and protect public interest[25].

The EU proposes harmonizing Tunisian regulations with EU standards, whether on technical barriers to trade, sanitary and phytosanitary rules or intellectual property rights (IPR). The adoption of these new rules goes against Tunisia’s sovereignty. As a sovereign country that is not part of the EU, it is up to the Tunisian government to choose the values, rules and standards it wants to adopt with regard to food, chemicals, technologies, personal data management, etc. Moreover, Tunisia’s normative and technological capacities being different from those of the EU, directly transposing European standards may not be appropriate to the Tunisian context.

Moreover, the IPRs proposal is of “TRIPS+[26]” type and would therefore reduce Tunisian authorities’ room for manoeuvre in public health policy. In particular, it would lengthen patent durations, protect clinical trial data of many medicines and thus reduce the Tunisian population’s access to generic medicines[27].

Conclusion: Tunisia is not ready for the DCFTA

Tunisia is considered as a successful example of democratic transition resulting from the Arab springs. But the achievements in civil and political rights are currently weakened by the deterioration of the economic and social situation of the country, while the 2011 revolution was itself the consequence of a catastrophic social situation. Some sectors, notably olive oil, could benefit from the deepened trade opening, but the DCFTA, developed on the foundations of the AA, could also hamper small farmers, service providers, and small entrepreneurs, restrict access to health, limit Tunisia’s freedom to legislate in social or environmental matters, and dampen its rise in technological range. Simply put, the DCFTA risks reducing Tunisia’s political leeway to face its social and economic challenges.

Now does not seem a good time to negotiate an agreement of this magnitude. Tunisia does not currently have a strong comparative advantage enabling it to compete with the European economies. Moreover, the democratic transition is far from complete: constitutional bodies, including the Constitutional Court, are yet to be established[28], Parliament lacks resources, and substantive issues, including social and territorial inequalities and collective development choices, have not been resolved. It is therefore important to allow Tunisia time to complete its democratisation process, on the one hand, and to finalize a truly independent evaluation of the AA, on the other hand, before further negotiating a new agreement – which should be more focused on achieving the Sustainable Development Goals in Tunisia.

Trade must support sustainable development. As the negotiation process is being sped up, we advise instead to take the necessary time for reflection and evaluation. We especially recommend to:

[3] In recent years, the EU has engaged in the negotiation of numerous bilateral agreements (with Canada, Singapore, Japan, Vietnam, Mexico, etc.) in order to overcome the current blockages at the WTO, hence the term “WTO+”. This allows it to include clauses that it fails to obtain in the multilateral framework, such as greater patent protection to protect the pharmaceutical industry.

[5] The European Commission has launched a study on the 6 Euro-Mediterranean Association Agreements (Morocco, Algeria, Tunisia, Egypt, Jordan, Lebanon), which is not expected to be concluded until 2019. Civil society has highlighted the lack of guarantees of independence and of impact on human rights and sustainable development https://ec.europa.eu/info/law/better-regulation/initiatives/ares-2017-5657003_en The Tunisian government has also reportedly launched a study.

[6] Tunisia’s trade deficit with the EU has improved with the AA thanks to the offshore regime. If we consider only the on-shore regime, Tunisia’s trade deficit has worsened since the conclusion of the AA. Under this regime, companies in which more than 66% of the capital belongs to non-residents enjoy tax and customs advantages equivalent to approximately 2.3 billion Tunisian dinars per year. They did not pay taxes until 2014, when the rate was set at 10%. 80% of foreign companies operate in Tunisia under this offshore regime and in 2014 it represented 66.2% of Tunisian exports. Bedoui, A. & Mokadem, M., op. cit., pp. 24-25 ; Mahjoub, A. & Saadaoui, Z., p. 68.

[9] Data from INS (National Institute of Statistics of Tunisia), 2017.

[10] Ecorys, Trade Sustainability Impact Assessment in support of negotiations of a DCFTA between the EU and Tunisia, Study commissioned by the Directorate General for Trade of the European Commission, November 2013, p. 136.

[14] Ecorys, Trade Sustainability Impact Assessment in support of negotiations of a DCFTA between the EU and Tunisia, Study commissioned by the Directorate General for Trade of the European Commission, November 2013, pp. 33-34.

[20] While this provision is not yet included in the text made public in 2016, it is systematically included in the EU’s new free trade agreements. Section II of the chapter on investment, “Investment protection”, indicates that a text will be proposed at a later stage.

[22] Comprehensive Economic and Trade Agreement (CETA) negotiated between the EU and Canada.

[23] Transatlantic Trade and Investment Partnership (TTIP) negotiated between the EU and the US.

[26] TRIPS refers to the WTO agreements on trade-related aspects of intellectual property rights. Here, the proposal aims to go beyond the commitments made by Tunisia in these agreements, in the sense of greater IPR protection (extension of patents on new medicines, lower requirements for patentability criteria, less “flexibility” for public authorities, introduction of research data protection).

[28] As any international treaty, the ALECA will have to be in conformity with the Tunisian Constitution, it is therefore necessary that the Constitutional Court be established to confirm it.