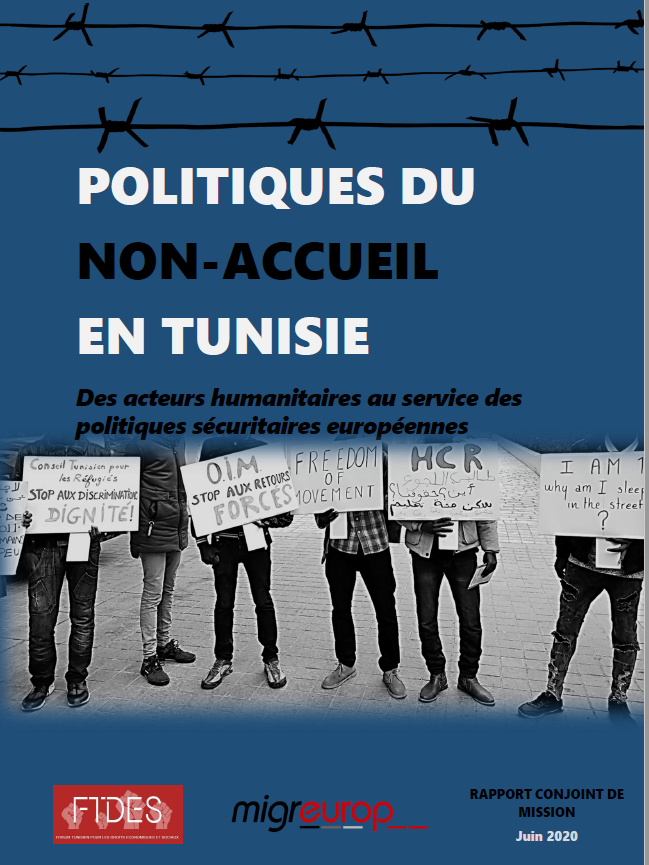 Policies of non-acceptance of migrants in Tunisia

“The answer is clear, and the rejection is definite… We do not have the adequate capabilities and abilities to establish accommodation centers” … With these words in June 2018, Mr. Tahar Cherif, the Tunisian Ambassador to the European Union, expressed the rejection of Tunisia to establish camps within its territory to receive and “assemble” migrants that the European Union refuses to take. This rejection was in response to the European Commission’s proposal to create a “Disembarkation Platform” in North Africa for migrants rescued in international waters and whose the European countries have not reached an agreement on how to ensure receiving and sheltering them, whereas Italy has previously announced the closure of its borders. Nonetheless, if Tunisia, alongside the other African countries, rejected loud and clear the Commission’s plan and continued to sustain that it will not play any role in monitoring and supervising the EU borders, it has, in fact, for a long time been accepting various measures to control sub-Saharan African migrants on its territory. As the security situation in Libya deteriorates, Tunisia seems to be becoming the new target of the European strategy for borders externalization and is gradually accumulating the ingredients to turn it into a zone of migration control.

But if Tunisia offers a better image in terms of reception of these migrant populations than Libya, migrants’ experiences approve otherwise. “It is impossible to live in Tunisia anymore… I must return to Libya”. This sentence has been uttered by various migrants since the beginning of 2020, despite their influx to Tunisia seeking shelter after their Libyan experience. The situation in Libya is deteriorating day after day, so how can one explain the desire of dozens of migrants, and even hundreds, to leave a safe and hospitable country (to a certain degree) to go to a chaotic and precarious one? It is from this question and the recurrent observation of the “non-reception” of migrants on Tunisian soil that this three-month research on migration management policies in Tunisia initiated.

The report intends to document non-reception policies and place them in a broader context of EU border externalization policies and paying particular attention to how these policies merge both the humanitarian and security contexts of Tunisia.

This report was conducted between October and December 2019 in partnership between the Tunisian Forum for Economic and Social Rights and the African-European Associations Network Migreurop. This report adopted more than 90 interviews with migrants (35 interviews with migrants based in Tunisia representing 16 different nationalities) and representatives of local and international organizations and bodies, as well as researchers and journalists.

This report is in French, and a version in Arabic will be issued subsequently.

The Right to Housing Call for Proposals