Thwarting social protests and the Project of irregular immigration:

Youth from all categories always seek to achieve higher social status. Unfortunately, in Tunisian society this status was far from reach before the revolution of January 14, 2011. For this reason, the majority of the categories, and especially the youth, chose to accompany the opposing political parties and syndical and human rights movements in their protest against the ruling model. The 2011 revolution was a continuation of previous movements, such as the mineral basin revolution in 2008, and it aimed to achieve sustainable development, social justice and democracy. However, the slogans defended by Tunisian youth since December 2010 and in which he believed in January 14th 2011, and kept fighting for, for years after the revolution failed to be achieved under the rule of the successive governments until today. Feeling despaired; the Tunisian youth chose another road to achieve the higher social status they desired, fleeing poverty, exclusion and marginalization and psychological and social fragility. They chose to embark in a deadly adventure, crossing the Mediterranean towards their dream. Based on the foregoing, we can present the central problematic of this article as follows:

To what extent can we consider that the scuttled social movements, especially after 2011 and in the mineral basin, Tataouine, Sidi Bouzid, Kebili, Kasserine and the island of Kerkennah, and the feeling of despair they left among the activists, a major factor for the youth involvement in irregular immigration projects and for renewing its flows? 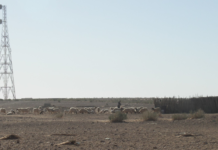 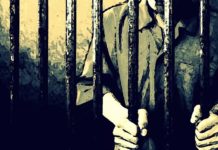 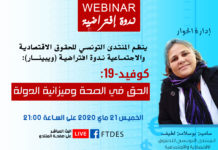