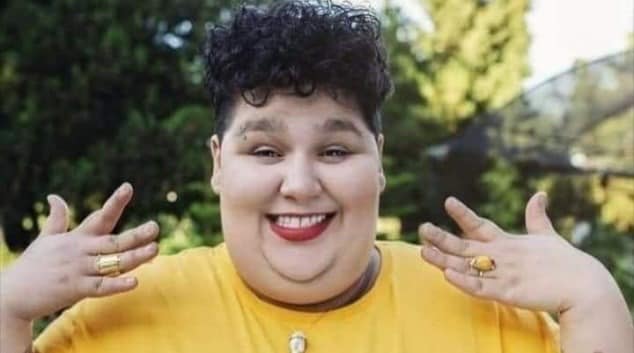 The undersigned associations and human rights organizations strongly condemn the imprisonment of human rights defender Rania Al-Amdouni, after she raised a complaint against security force unions for online threats. We call on the Tunisian authorities to uphold their commitments to freedom of expression, and not to prosecute or retaliate against activists for speaking out on discrimination, harassment and abuse. The authorities must drop the charges against Al-Amdouni and abandon the abusive practice of resorting to Article 125 of the Criminal Code to silence human rights defenders. We further urge Tunisian authorities to investigate Al-Amdouni’s complaint regarding threats against her online, and work to ensure women and LGBTQ human rights defenders are protected from abuse online and offline and able to carry out their work without threats and intimidation.

Rania Al-Amdouni is a feminist and LGBTQI human rights activist, actor and cinematographer, and has participated in several demonstrations against draft laws related to the security forces that are a threat to rights and freedoms, including the draft law on attacks on security forces and the draft law related to organizing the state of emergency. She was arrested on 27 February 2021, after attending a police station in Tunis to file a complaint against the supervisors of the Facebook pages of some security unions that included posts threatening her with death, physical violence, and rape.

The undersigned associations and human rights organizations are alarmed by the decision of the district court in Tunis on 4 March 2021 to imprison Rania for a period of six months, with urgent enforcement, on the charge of insulting a public employee under Article 125 of the Penal Code. The use of state institutions to harass human rights activists and silence complaints against security forces through vague insult laws is a serious threat to the right to free expression in Tunisia. Those bringing complaints of discrimination and threats to the police must be able to trust that their complaints will be investigated, and that they will not face retaliation.

All complaints that Al-Amdouni filed against her assailants have been frozen, including those deposited with the Central Inspectorate of the Ministry of Interior, and in return, she was prosecuted. In addition to this, the charge she faces is according to a crime that does not exist, since the case file was devoid of any complaint filed by a public official, which makes the crime lose one of its conditions.

Aside from the retaliatory nature of the charges, prosecuting human rights defenders on the basis of the penal code for their positions and ideas is contrary to Tunisian law, which subjects all forms of expression to the provisions of Decree-law No. 115 related to freedom of the press, printing, and publishing. This position was approved by the First-Instance Court of Manouba on 14 May 2020, which considered that Decree-law No. 115 abrogated all previous provisions that contradict it, including those crimes related to the expression of opinions and ideas contained in the Penal Code, and that the philosophy of the decree-law is to decrease custodial penalties and to be often limited to financial sanctions.

We call for the immediate release of Rania Al-Amdouni, and for charges against her to be dropped. The judiciary must respect the provisions of the Tunisian constitution and to avoid the selective application of laws on issues related to the right to freedom of expression. We further urge the proper and full investigation of the complaints filed by Al-Amdouni. The Tunisian state should be seeking to prevent and redress threats against human rights defenders, online and offline, instead of punishing human rights defenders for speaking out against them.

Damj the Tunisian Association for Justice and Equality

The Tunisian Union of Associative Media

Tunisian Association for the Promotion of the Right to Difference

Association « My right » for the defense of children and family

Association of The Bridge Geneva

Association for the Defense of the Children’s Rights

Association for Citizenship, Development, Culture, and Migrations in both coasts

Arts and Culture Association in both coasts

Association of Creation and Creativity for Development and Employment

The Tunisian Confederation of Citizenship in both coasts

Tunisian Association of Democratic in France

No Peace Without Justice