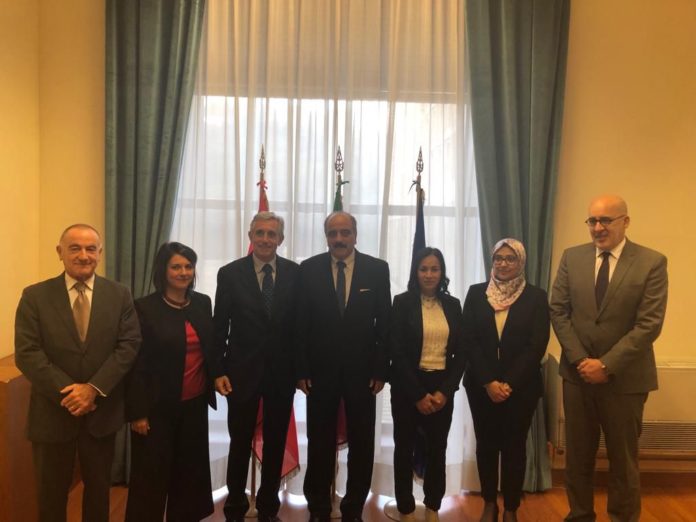 For bilateral cooperation that respects the rights of Migrants, assures their dignity and respects the sovereignty of States

This meeting was held in response to the pressure exerted lately by the Italian government to speed up the process of forced displacement of Tunisian immigrants and, in addition, in the context of the process driven by the Italian government of “Giuseppe Conte”, to qualify harbors as safe with the purpose to intensify the forced deportation operations of received immigrants.

Media and official pressures escalated lately against Tunisia for not being able to control its maritime borders. This is despite the fact that the number of irregular immigrants arriving in Italy has fallen to half during the period between January and September 2019, reaching 2175 immigrants in 2019 in comparison with 5034 immigrants in 2018, with the increase to more than 382 interception operations of irregular immigration by the Tunisian authorities.

The Tunisian Forum for Economic and Social Rights has already warned about the dangers related to the Italian pressures exerted on Tunisia regarding immigration, in a way that infringes its sovereignty, stability and the principles of constitution of Tunisia and violates the essential principles of cooperation that should be based on the respect of the rights of migrants and the sovereignty of States[2].

Thus, the Tunisian Forum for Economic and Social Rights: