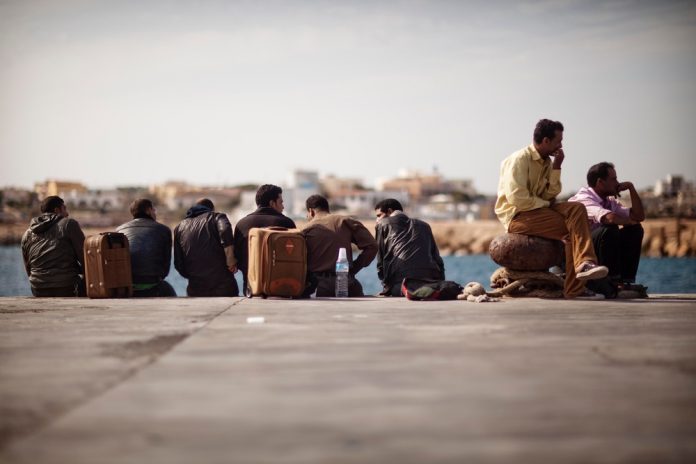 In order to combat irregular migration, so called “Fortress Europe” has resorted to tighter border controls and increased militarisation of the Mediterranean Sea. Such measures do not result in reduced numbers of migrants reaching Europe but rather in higher taxes, a higher dependency on unscrupulous smugglers and higher death tolls.

In this op-ed, Messaoud Romdhani briefly discusses how the European Union-Tunisia Mobility Partnership and the European Agenda on Migration have neither stemmed irregular migration from North Africa to Europe nor reduced the death toll at sea.

Romdhani comments that by blaming smugglers for irregular migration and the consequent drownings ignores the push factors that cause people to take the most important decision of their lives. It also diverts attention from the responsibility of European governments for the thousands of deaths in the Mediterranean each year.

The Mediterranean Basin has long been considered a cradle for different civilisations connecting different people and cultures. Now however, increased surveillance systems aim to prevent migrants looking for a better life reaching Europe and refugees escaping wars, persecution and ecological disasters from reaching safety. This security apparatus has made this “middle terra” a graveyard for tens of thousands of people.1

Despite the restrictions to Europe’s visa regime in the 1990s, which also saw both increased border controls and the militarisation of the sea,2 flows of irregular migrants and refugees from North and Sub-Saharan Africa continue to try to gain access to Europe, often by boat. But what many people ignore are the high costs these people pay – both financial and personal – to get into these crowded boats, risking their own lives and filling the pockets of smugglers. And the paradox is: the more security measures that are taken against migrants and refugees, the more they are made dependent on smuggling and the more powerful smugglers become. This short opinion piece briefly discusses two key European Union (E.U.) policies – the E.U.-Tunisia Mobility Partnership and the European Agenda on Migration – demonstrating that the over emphasis on the securitisation of migration in fact leads to an increase in smuggling – rather than reducing it – resulting in ever more lives being lost at sea.

Overall, this policy of “fortress Europe”3 has two big winners: big business that provides security services and the smugglers that are constantly increasing the amount they charge to evade the security measures that are being implemented. And the two big losers are the European tax-payers who have spent billions of Euros on a policing system that is bound to fail and human rights values. We must always remember that those bound for Europe feel that the continent respects human rights, democracy and the rights of minorities. Take young people in North Africa, for example: many suffer unemployment4 and the absence of any real prospects. Europe is their Eldorado and it always has been.

Looking at Tunisia specifically, more than 10 % of the Tunisian population live and work abroad, mostly in Southern Europe.5 Disappointed that the 14 January 2011 revolution did not change living conditions in the way that they had hoped, thousands of young people took to the sea: according to statistics revealed by the Tunisian Forum for Economic and Social Rights (French acronym, FTDES), about 40,000 Tunisian migrants crossed the Sicilian Channel heading to Italy in 2011 alone. During the same year, between 1,500 and 2,000 migrants died or disappeared in the Mediterranean Sea.6 This was at the time when North Atlantic Treaty Organisation (NATO) forces were waging a war on Libya, when more than 100 fighter planes, 20 frigates and several supporting vessels were patrolling the sea. As noted by Hein de Haas and Nando Sigona “the reality of deaths of an estimated 2,000 migrants in 2011 alone, at a time when the Mediterranean Sea had become one of the most militarised and heavily patrolled areas in the globe, is a stark reminder of the gap between E.U. rhetoric and actual practice on development and human rights.”

Tunisia is a gateway to Europe for many sub-Saharan Africans. Since the turn of the 21st century, increasing numbers have taken advantage of the absence of visa requirements for many Sub-Saharan African nations, enabling many migrants to stay in Tunisia legally for three months before heading to Europe via either Sicily or Lampedusa.

The war in Libya in 2011 presented a real challenge as hundreds of thousands of migrants crossed the border from Libya to Tunisia.8 Emergency measures were needed to provide food, accommodation and health provisions. Although the country ratified the Geneva Convention, it has not yet established a refugee protection system. The Choucha refugee camp in the south of Tunisia, which sheltered thousands of Sub-Saharan migrants closed in 2013: some 4,000 persons were granted refugee status by UNHCR – the only authority in the country that processes asylum requests – while others were forced to be repatriated to their country of origin because they were not granted a Tunisian resident permit. But for most Sub-Saharan migrants who used to work and stay in Libya, Tunisia was not the final destination. Many took to the sea for the shores of Italy, with fatal consequences. Following the tragedy of the 3 October 2013 shipwreck when 366 migrants died in the sea, Cecilia Malmström, the then European Commissioner for Home Affairs, described how Europe needs “to intensify efforts to fight criminal networks that exploit human despair” in order not to put “human lives at risk in small overcrowded and unseaworthy vessels”.9

One such effort to respond to this ongoing flow of irregular migrants was the E.U.-Tunisia Mobility Partnership established in March 2014 that “aims to facilitate the movement of people between the E.U. and Tunisia and to promote a common and responsible management of existing migratory flows, including by simplifying procedures for granting visas.”10 Major civil society organisations in Tunisia have denounced the partnership as one that lacks transparency as it was negotiated with the total absence of civil society.11 Currently, the Mobility Partnership is not deserved of its name. Rather than mobility, in truth it promotes the “effective policy of return and readmission”.12 Although this is claimed to be done “while respecting human rights and international instruments the protection of refugees”13 it is unclear how this can be possible when Tunisia continues to lack an asylum law to determine refugee status and while the country detains irregular migrants both within immigration detention centres and also within the mainstream prison system.14 Moreover, it hardly offers any prospects for Tunisian citizens to obtain legal entry to the E.U. Visas to the E.U are limited to only the most highly qualified citizens and professionals, who in reality already have the possibility of access to Europe. It does not offer any worthwhile prospects for the hundreds of thousands of unemployed youth, dreaming of a better life and looking for real opportunities in Europe. Consequently, their only option remains the desperately dangerous and clandestine voyage across the Mediterranean leading to an ever increasing death toll.

Indeed, the Mobility Partnership has failed to result in any reduction in the number of irregular migrants crossing the Mediterranean, with 2015 recording the highest ever number of sea arrivals (1,015,078) – and consequent deaths (3,771).

In order to address such “human tragedies” the E.U. resolved to “take immediate action” with its European Agenda on Migration, announced in May 2015.16 However, the Agenda underlines how the E.U. continues to view the issue of migrants through a security rather than human rights lens. For example, its short term goal “to prevent further losses of lives at sea” will be achieved by increasing funding in various areas including for policing the Mediterranean via FRONTEX, the European border agency, and for Europol to develop it as an intelligence hub to “capture and dismantle boats” in the Mediterranean.17 This emphasis on securitisation rather than taking a rights based approach is also seen in the four pillars which set out the Agenda’s long term plan. Over emphasis on “reducing the incentives for irregular migration” and “securing the external borders” results in a lack of emphasis on providing legal paths to Europe. Indeed, any discussion of legal migration focuses largely on “attracting workers that the E.U. economy needs”.18 The consequence of continuing to restrict legal access will only result in an increase in smuggling activity. And while “dismantling smuggling and trafficking networks” forms, rightly, part of the equation, the focus on such a convenient scapegoat diverts attention from the E.U.’s own responsibility for deaths at sea.

Increasing border control and fighting smuggling networks will not stop migrants, refugees and asylum seekers from taking to the sea at the expense of their lives. It only forces them to look for other points to cross the sea and increases their dependency on smugglers. As noted by CEPS, a Brussels based think tank, “the most efficient way to tackle smugglers’ activities is to provide safer, more flexible and cheaper ways for people to travel.”19 It is therefore crucial that the E.U. reassess its focus on the securitisation of migration in the Mediterranean in favour of a rights based approach.

A vigilant civil society in Tunisia will continue to pressure governments on both sides of the Mediterranean in order to have a fair and equitable partnership with Europe – and we call on European civil society to do the same. Any E.U.-Tunisia partnership must be one that respects international conventions concerning the fundamental rights of migrants, refugees and asylum seekers and which results in policies that offer improved access to Europe thereby offering a real alternative to smugglers.

Messaoud Romdhani is a member of the Executive Committee of Euromed Rights, Vice President of the Tunisian Human Rights League (LTDH) and a founding member of Tunisian Forum for Economic and Social Rights. He has recently been elected a member of the National Body for the Prevention of Torture (L’Instance Nationale pour la Prevention de la Torture).