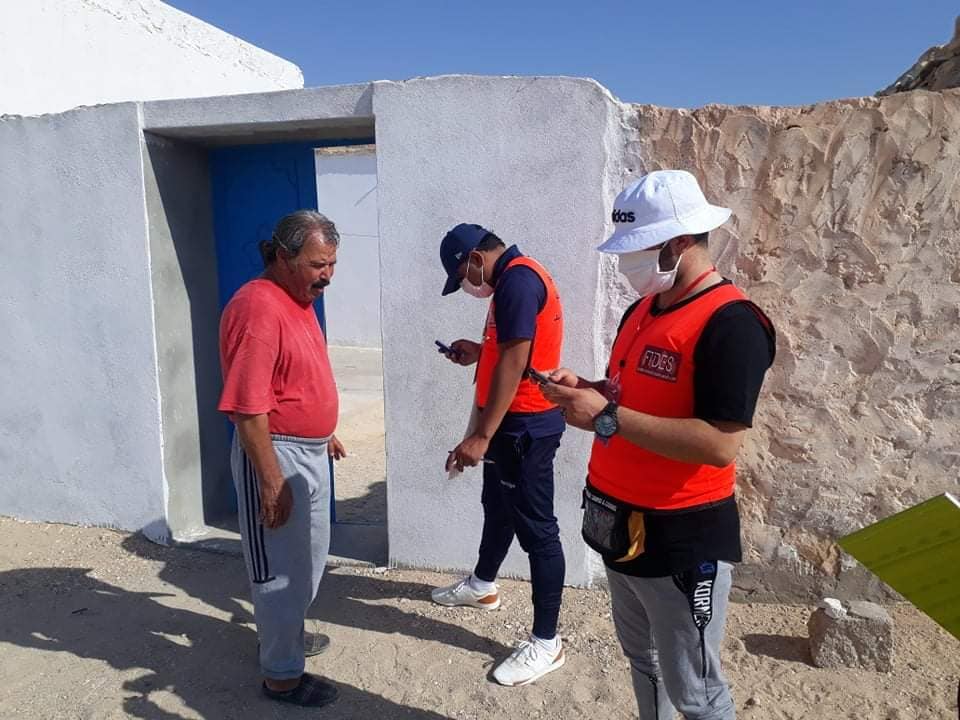 Lately, the region of Al-Rdayef witnessed a sharp unprecedented rise in cases of the corona epidemic and the highest mortality rates from the spread of this virus. This outbreak forced the announcement of new measures to reduce the transmission and the risk of infection among citizens, such as calling for a commitment to the resolutions of the Corona Virus Response Committee and urging citizens to receive the vaccination. Considering that civil society is an active partner working hand in hand with the Government and the business sector to enhance the State’s efforts during a crisis, in both health and social crises. And since it is the center of interest of the Tunisian Forum for Economic and Social Rights and it is keen to play its motivational and awareness role as a non-governmental organization, the Association has played a prominent role in promoting the State’s efforts in the Al-Rdayef region to recover from the Coronavirus.

Tunisian Forum returns to confrontation with the Corona crisis.

The Tunisian Forum branch in Al-Rdayef supports those who are struggling with the epidemic and puts all its efforts into helping manage the health crisis in the region by supporting the efforts of health institutions and improving their services, particularly by educating citizens about the seriousness of the epidemic and its prevention methods and by encouraging them to participate in the vaccination system. An effort reflects the Association’s concern to implement the values and objectives on which it is based, and to give effect to its participatory role alongside other State institutions and structures. 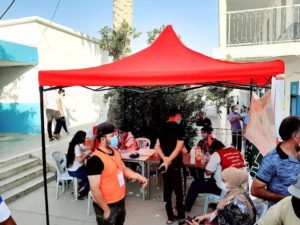 Registration of citizens in the vaccination system at the headquartersof the Al-Rdayef municipality.

The Forum volunteers contributed to addressing the epidemic by participating in the campaign launched from the beginning of July by the Local Committee for the Promotion of the Vaccination in Al-Rdayef, which consists of the municipality, the Tunisian Forum, the Local Labour Union and the Tunisian Boy Scouts Branch, aimed at inducing citizens to seek vaccination and register them in the vaccination system after the region’s collective reluctance to receive the vaccine.

421 persons were registered between 7 and 20 July where the Forum participated in organizing the lines at the vaccination centre when 657 vaccinations were carried out daily between 9 and 10 July and the distribution of protection and sterilization equipment such as masks and disinfectants, and in providing special psychological care for older persons to boost their morale and create an atmosphere of relief, which was achieved through direct communication with arrivals at the vaccination centre. The campaign was carried out not only in the city centre of Al-Rdayef but also in rural areas, where 23 people were registered in the area of Sagdoud on 21 July, and 20 were registered on 23 July in the area of Tabdit.

The registration process was at the headquarters of Al-Rdayef municipality in coordination with the municipal officers and the Local Labour Union, where volunteers received and registered citizens in a system of EVAX in order to increase community awareness of the importance of vaccination and promote confidence in vaccines through direct communication campaigns with citizens based on facts, thus facilitating the work of health institutions and supporting their efforts to save more people.

Volunteers are also calling on citizens to follow simple and proven health procedures, namely, wearing masks, physical distance, and avoiding crowds. Believing that Coronavirus can be defeated only through uniting and concerting efforts on the application of the agreed-upon-values procedures.

In this context, the president of the Tunisian Forum Branch in Al-Rdayef Tariq Halaimi considers that the role of the Association is not only to engage in protests against State policy or clashes between citizens and the State but also to go beyond this by supporting the efforts of institutions to confront crises of any nature. He adds, “The lunch Tunisian Forum campaign was in conjunction with the launch of the vaccination centre in Youth Centre in Al-Rdayef because of the quick spread of the epidemic in the region. Our main objective of this campaign was to gain collective immunity, which is achieved only through vaccination.” The role of the Forum in this health crisis was mainly raising awareness, as its student and unemployed (male and female) volunteers sought to motivate and encourage citizens to vaccinate. Adding that “The goal of the Tunisian Forum in this context, together with the facilitation of the work of health institutions and the reduction of the spread of the epidemic, is to spread values and principles among young people, especially youths, by moving away from the mindset of resilience and emphasizing of the need to unite the lines in response to crises.”

Innovation in the Face of the Epidemic

The volunteering process continues during the coming month of August, where the Forum saw a change in the plan to address the epidemic through the movement of volunteers to homes and the concentration of raising awareness within neighbourhoods to be closer to citizens.

While Governments certainly have a responsibility to protect their citizens, sharing this responsibility between Governments, citizens and civil society will accelerate the recovery from Coronavirus. Defeating the epidemic will not be achieved by the State in isolation from social actors. The Tunisian Forum for Economic and Social Rights has demonstrated its role as an active organization in alleviating the health crisis in the country, believing that the epidemic can be defeated only by uniting the lines, concentrating the efforts and raising awareness among people.