In this analytical paper entitled: “Social and Economic Stakes for precarious Employment: Environment, Plantation and Horticulture Companies in the Mining Basin as a Model”, the researcher is trying to answer objectively to the various queries and interrogations raised about this sector while relying on written and oral sources and on interpretive conversations. The most prominent questions that the researcher wanted to answer are: what are the history and the reasons of establishing these companies? How are they wasting public money? How is the political authority manipulating the social claims of the protesters, marginalized and unemployed? How were the main trade unions in this sector established? Does their establishment have a militant dimension that advocates economic and social rights? What are the main issues facing this sector? Was the economic, social and environmental crisis of the mining basin region solved with the establishment of Environment and Plantation companies by the political authority and the Phosphate Gafsa Company?

All these questions are raised daily in political debates in the mining basin area; in the political parties’ headquarters and in coffee shops’ talks between protesters, marginalized and activists and many journalists and economic researchers have tries to find answers to these interrogations. That’s why, the researcher chose to diagnose this problematic following a sociological approach on one hand, and from an economic and social rights perspective on the other hand and to register data in order to help researchers and activists to better understand the situation in the future.

The mining basin crisis of 2008 was confusing because protests escalated at a time when the phosphate company was making huge profits, and the crisis nowadays is also puzzling because public money is being wasted to companies that are not productive instead of spent to promote beneficial projects, so the crisis is there whether the company succeeds or fails in making profits. The question is; why are the companies pursuing this path when they can break with the economic crisis and promote development in the region?

It should be noted that government programs and the phosphate company both succeeded in creating a climate of disappointment and frustration and failed to provide real options that can cut with the economic and social crisis that hit the mining villages.

This is an interpretative study that aims to understand the precariousness of the sector of employment in the local society of the mining area. This understanding doesn’t exclude the historical context and the context of social protests, trade union forces, successive and current government programs and choices. It’s a preliminary and foundational study which we consider as the first step forward, and we will wait for the critical reviews of the different actors, social forces, researchers, journalists, etc in the local and national community. We will also wait to see what can the different actors do for this sector, that is prevailing not only in the Mining basin area but that also spread to Sfax and Gabes especially after the Kamour movement.

We will continue researching in order to provide an exact objective and sociological diagnose of the daily life without holding any part liable and excluding another. The diagnosis will have two objectives: first, providing an objective reading and a scientific and epistemological diagnosis and second; promoting economic and social rights and trying to cut off with the choices that are causing precarious employment while defending employment programs that can provide citizens with the stability and the good social status they looking for.

The role of the researcher shouldn’t be limited to understanding and diagnosing, but it should also act and incite to move forward 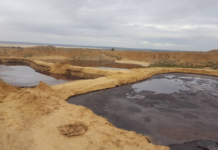 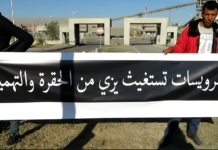